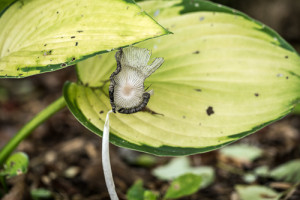 Rajesh Kasturirangan is a faculty member at the National Institute of Advanced Studies at Bangalore, India. He has a doctorate in cognitive science from MIT. He has taught at BCBS about the overlap between Buddhadharma and cognitive science, most recently in 2009. This month, Insight Journal talks with him about a new online community he is starting to explore these issues further. In addition to the implications of its title, MIT meets the Monastery, he uses phrases like “Wisdom and Science,” and “Buddha meets Socrates” to describe the subjects he hopes to explore. Using texts ranging from the Pali classical sources in Buddhism to contemporary work in cognitive science and psychology, he hopes to foster creative discussion among people whose interests span science, technology and its impacts, and Buddhadharma. We asked him more about why this area interests him, how it relates to being a student of Buddhadharma in our century, and what people might expect from participating in his new, eight-month combination of online discussion, personal experimentation, and collaboration.

Insight Journal: How would you summarize the overlap between your professional interests and training and Buddhadharma?

Rajesh Kasturirangan: I am a cognitive scientist by training and my research focuses on the nature of the mind. Buddhadharma clearly cares about the nature of the mind as well. Further, I am committed to using our understanding to help us (where us = all sentient creatures) flourish, which is clearly related to the Buddha’s emphasis on ending suffering.

IJ: Some of the larger monasteries we know about, historically, have had a large academic mission, such as Nalanda in ancient India. In the West of course, monasteries preserved a lot of intellectual knowledge during the so-called Dark Ages in Europe. But I gather that what you mean by “MIT Meets the Monastery” is more about sharing knowledge widely, rather than preserving it in cloisters.

RK: Absolutely. Modern academia also has a reputation of being an ivory tower. Some of that is necessary, for it takes many years of close study before we can push the boundaries of knowledge, but some of it is due to baser emotions, such as the need to be elitist by excluding people. MIT Meets the Monastery is very much in the spirit of open source knowledge—commitment and contributions are duly acknowledged, but no one is excluded in principle or in practice.

IJ: You have compared the social changes at the time of the Buddha (and other parts of the ancient world, at about the same time) to the scale of change we see today. In the so-called Axial Age (from roughly 800-200 BCE), people were coming together in cities in large numbers for the first time. Today, the vast increase in globally-available data is creating a similar impact: the relatively sudden increase in information, in new forms, challenges a culture, changes the roles that people have been comfortable in, and generally forces everyone to rethink. or think for the first time, about much that they have taken for granted. Is that a good statement of it? What would you add? [logic & reason, then, versus machine logic and scientific/technical hegemony now?]

RK: I think that’s a very good statement of our current condition. It’s worth noting that both periods had their version of an information revolution—the introduction of writing and the increasing use of reason and logic was the cutting edge of Information Technology twenty five hundred years ago, just as big data is now. Further, the axial age saw hegemonic empires emerging across the world. The Buddhadharma itself benefited from the ease through which ideas could spread in a stable imperial world. I am not a Marxist, but it’s worth looking at disruptions in material culture then as well as now.

IJ: In the past, science was integrated with both philosophy, and for a long time in human history, religion as well. Starting with the Western Enlightenment, science diverged first from religion, and more recently (for some), from philosophy. Instead, science now seems wedded to technology, which has come to dominate the world since the middle of the 19th century. Are you suggesting, in some sense, that we need to reverse that process?

RK: On the whole, these divergences don’t upset me much, though the lack of an integrated worldview is a challenge for all of us. However, note that music has also been divorced from its basis in religion, but we don’t lament that much. I am less interested in the split between science and religion/philosophy than I am in the universal spread of the hypecycle—TED (as in ted.com) is the new avatar of science and technology, so that even knowledge is no longer immune to the seduction of marketing. The culture of consumption is a bigger problem than the science-religion division, because, in practice, our real religion is consumption, independent of which belief system you consciously espouse. At the same time, I also see danger in the myth of technological/scientific progress. Star Trek should be our target for criticism, partly because it makes us believe in infinite resources, which is a really dangerous belief and equally importantly, because it’s reached a creative end. The fundamental belief in saṃsāra, a world of finite, bounded existence in the Indian/Buddhist sense of that term, challenges us to imagine the future in radically different ways.

IJ: These days the academic world seems full of fierce battles between those who believe that science must replace religion and philosophy, and those who are searching for ways to articulate compatibility between them. Where do you stand in this metaphysical scrum? How do you see your role in it?

RK: I believe human knowledge is human knowledge—diverse and differentiated and ultimately unified. Much of the debate between scientism and religiosity is between people who are playing to the prejudices of their respective camps. I much prefer the journeyman scientist who’s curious about religion without knowing much about it or the simple believer whose faith isn’t thrown into doubt by science. As for myself, my gut says that the transcendental impulse is deeper than both science and religion and we are at the cusp of a new era of investigation. If we can survive as a species.

IJ: We’ve talked about the similarities between the time of the Buddha and our current era. What are the important differences?

RK: The differences are immense! A global capitalist economy, human dominance over the earth, deep understanding of the physical structure of reality, and perhaps most important: the sheer size of the human species. None of these would make any sense to a person from the Buddha’s time.

IJ: Are there changes that you can study, from a cognitive science point of view, in how people understood Buddhadharma then versus now? Have technology and culture altered how we understand language, metaphor, the empirical or everyday level of experience versus the numinous?

RK: Interesting question—there isn’t much in the way of cognitive history, but there’s a niche waiting to be filled. Just as psychoanalysis found its way into the writing of history, we might start seeing a cognitive take on the experience of people from way back when. However, a cognitive history of the Buddhadharma might have to wait—we should start with experiences closer to our time. 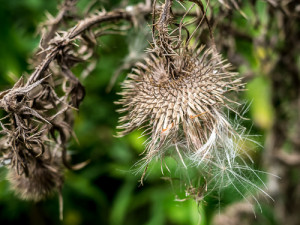 IJ: You have started a community online to explore these ideas. What kind of people do you think would benefit, and be of benefit to, this community?

RK: Curious open-minded people anywhere. It’s a small but growing experiment in bringing two large strands of human existence together. Anyone who wants to bring those two together in their own life—there has to be a direct personal interest and/or need—will both benefit from and contribute immensely to this community.

IJ: How do you see this community growing and changing? What are your goals for it?

RK: Was it Niels Bohr or Yogi Berra who said “It is very hard to predict, especially the future.” My own sense is that there’s a deep (metaphorical) need to bring MIT and the Monastery together, for none of us can cut one or the other out of our lives. My short-term goal is to develop a set of protocols and practices that help us integrate these two, treating our own lives as a laboratory.

RK: If they participate, they should expect a minimum of one hour a week of engagement. Equally important, since practice works only if it is continuous, they should be willing to commit about ten minutes every day (adds up to an hour a week). It’s really a community of practice and we will innovate and create new practices as we go along. If people want to know more, they can go to the website, here, and sign up if they like. (Note: There is a fee requested to participate in the year-long program, with a range of levels.)

IJ: What texts and other sources do you plan to use?

RK: The sources will be eclectic, though I will emphasize translations from the original Pali sources as well as Nāgārjuna. There will be other non-Buddhist Indian sources as well and selections from modern cognitive science and psychology.

IJ: What Buddhist metaphors and concepts most rhyme with the line of thinking you are following, e.g., dependent origination, not-self, impermanence; perhaps later, Mahāyāna ideas such as emptiness (as in Nāgārjuna)?

RK: Both emptiness and dependent origination have counterparts in my exploration; but I want to use these concepts with a very light touch—too much theory before experiment is not a good idea!

IJ: Can you say more about what you mean by “experiment,” here? Should people think they are subjects in an experiment? Is there an informed consent issue?

RK: All the experiments are self-experiments; something as simple as noting down experiences after a meditation session. You are not experimental subjects as much as experimenters. There’s a pragmatic reason as well—a radically new form of experimentation will take people away from practices with which they are comfortable. Instead, our journey as “self-experimenters” should start with a meditative practice that we engage with already; the goal is to add a layer of reporting and analysis to that practice.

IJ: Has cognitive science developed any ideas that you think have immediate application for meditators?

RK: There are some deep ideas that I think are useful—ideas about Gestalts and Affordances that have found many applications in design and that are useful for meditators as well, but I want to be careful—I don’t think these ideas find immediate application in the meditative practices that are most common such as vipassanā.

IJ: What are the dangers of scientistic views or scientism that Buddhadharma can help us with? What about a combination of emptiness and the Middle Way as a path out of the conflict between materialism and fundamentalism?

RK: I wish there was an easy answer to this question, but I don’t think there’s one. While Buddhadharma can help formulate a theoretical critique of materialism and fundamentalism and a middle way out of that dilemma, theory isn’t the answer. After all, the Buddha himself emphasized the ending of suffering over theoretical assessments. Instead, we should pay close attention to the contemporary human condition and weave in Buddhist principles as and when needed. My gut instinct—and I could easily be wrong here—warns me that it’s easy to get sidetracked from a direct understanding of one’s condition and a false reliance/adherence to the Buddhadharma is an easy way to comfort oneself.

If you found this article helpful, please consider supporting the work of BCBS. Honoring a Life & Legacy in the Dhamma: Mirka Knaster on Munindra

Wheels of Fire: The Buddha’s Radical Teaching on Process

Meeting Your Thoughts At a Resting Place

The Essence of Dhamma

Secular Buddhism: New vision or yet another of the myths it claims to cure?

Mindfulness: A Practical Guide to Awakening

By Koshin and Chodo

Talking with Andrew Olendzki About His New Roles